Word2Vec and FastText paved the way to quality word embedding by utilizing context information, either word-level or character-level. ELMo (embeddings from language model) improved upon those with not only single context, but with both character and word-level contexts by dedicated architecture for the tasks.

$L$-layer bi-LSTM is used to account for word/sentence-level information. Originally $L=2$ is used for ELMo. By using bidirectional LSTM, we can efficiently train the language model to encode contexts from the full sentence to embeddings.

One thing to note is that unlike common bi-LSTM, the one that used in ELMo separates connections between forward and backward LSTM. After the input is processed separately in each LSTM layer in each direction, only then the resulting vectors are concatenated.

According to the citation of the authors of ELMo, output from the first layer is reported to produce better result when used for POS tagging (Belinkov et al., 2017), while output from the top most layer (here, the second layer) was known for learning word-sense representations (Melamud et al., 2016). 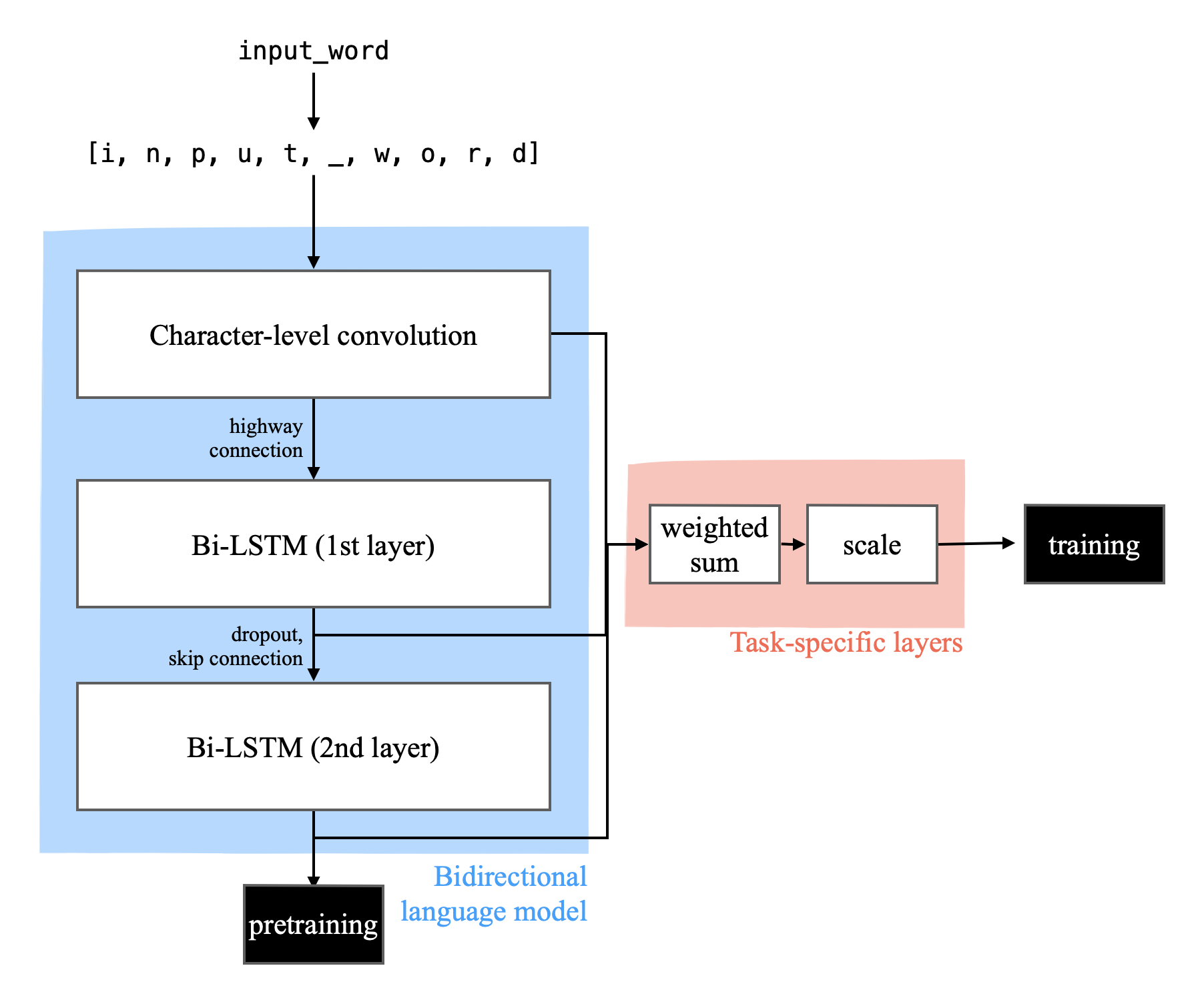 Task specific layer is a mere weighted sum and scaling of biLM outputs. All intermediate outputs from pretrained biLM, from character-level CNN and each layer of bi-LSTM, is used to train task specific layer.

Output from this layer can be further passed to other layers for downstream task such as classification. We train the whole model after freezing the pretrained biLM weights.

Here I pretrained the biLM using IMDB data in order to further use the pretrained model to sentiment analysis, which is positive/negative binary classification in this case.

I used smaller numbers of channels, even compared to the “small” model. So final output from CharConv will be only 128-length vector per sample.

Note that feeding and forwarding into each direction is processed separately. Return from both LSTM layers were preserved for later use.

Python code for the algorithm is in the last part of this notebook (GitHub).